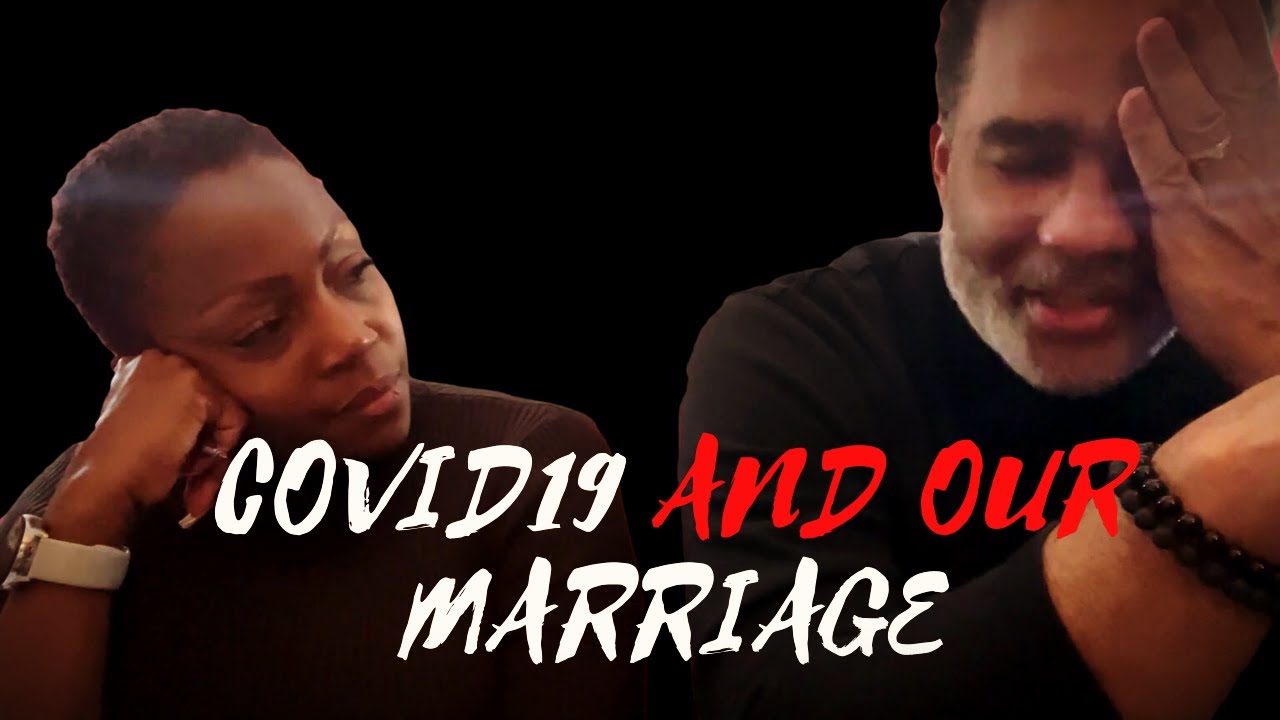 COVID19 and our Marriage 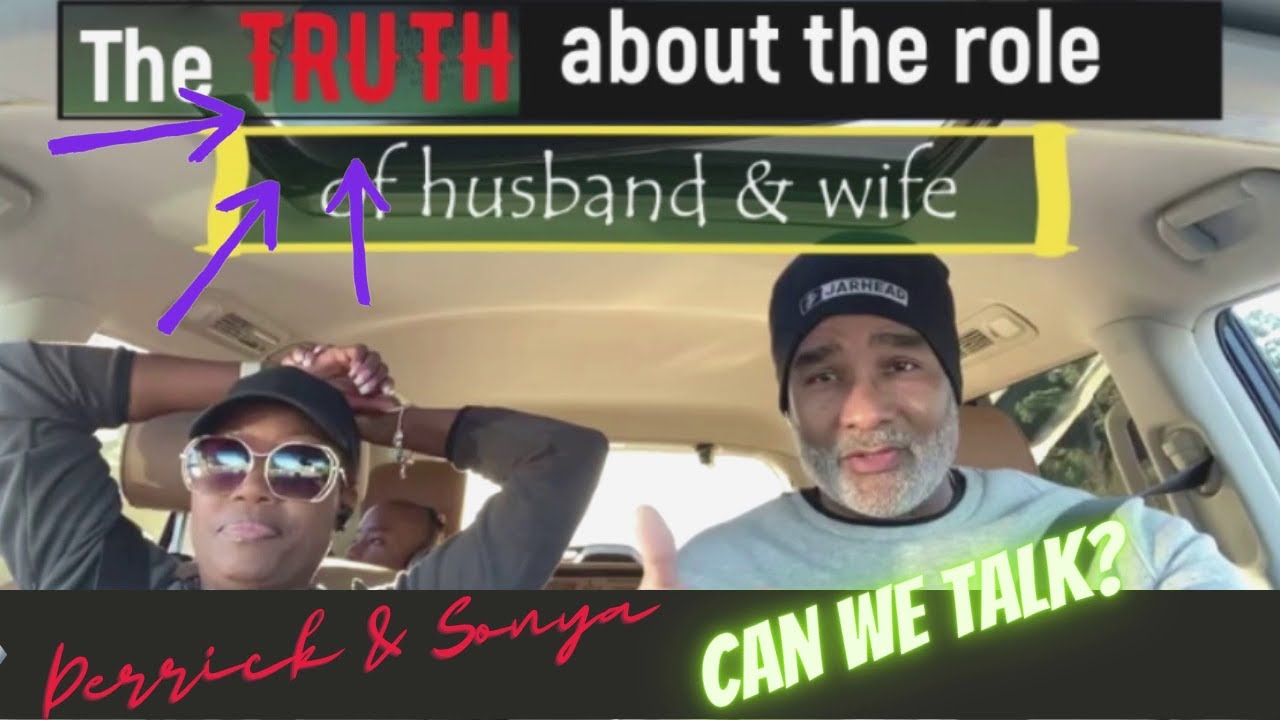 The Truth About the Role of Husband & Wife

How Intentional Are You In Your Marriage?-Season 1 Episode 1

Season 2 Episode 1 begins with Derrick & Sonya sharing their own journey with being intentional in their marriage while still dealing with life's responsibilities. watch, subscribe and share on youtube @The Marriage Menders. For counseling and other resources contact the marriage Menders.

"For Better or For Worse" Our Personal Worse. "Til Death Do You Part."

The definition of "Worse" according to Wikipedia is "Worse (adjective) comparative of bad, ill. of poorer quality or a lower standard; less desirable. (noun) a more serious or unpleasant event or circumstance."

If you knew what the word 'worse' really meant, would you have gotten married? Who really sits down before they get married and have a conversation about what would be the 'worse' in our marriage? In our 20 years of marriage counseling and the hundreds of sessions we've conducted, we've never heard of anyone having that type of conversation, not even us. Maybe couples need to have that kind of conversation before they get married.

Here is our marital 'worse' that occurred over the past 22 years of marriage. My pornography addiction-Worse. Sonya's controlling demeanor-Worse. My going to the club or bar.-Worse. Sonya having six miscarriages-Worse. Sonya sister's death-Worse. My father's death-Worse. Home foreclosure-Worse. Living in a hotel for 5 months-Worse. Cars repossessed-Worse. Loss of employment-Worse. Fights that were destructive-Worse. My 21 day hospitalization due to lung infection-Worse.

Now, here we are August 2018 and we are facing -'worse' yet again. Sonya's mother was diagnosed with M.S. 11 years ago, she has been stricken to a wheel chair for the past 4 years. Sonya's father was mom's care provider ever since, but last year Sonya's father got into a car accident and since then his mental & physical health have declined.

No longer is he able to care for the woman he has been married to for 54 years-Worse. The responsibility of us now taking care of two elderly parents in their condition-Worse.

A wife wants a man to handle the worse, to stand in the gap, to put his finger in the hole when the boat is getting full of water, to fly the plane when the pilot drops dead, to be Mr. Incredible and stand in front of his family to prevent the arch enemy from killing them. A husband who can do all that, has a strong relationship with God, because that is where he gets his strength from so he can handle the worse.

Let me remind you (Men) of who you are as God sees you. You are the head and not the tail, you are above and not beneath, you are the lender and not the borrower, you can do all things through Christ who strengthens you. You walk by faith and not by what you see. You say to that mountain to move and it will move.

God didn't make men with weak backs, twisted wrists, soft spoken, insecure, crooked walking, walk with their heads down, complain and cry about their circumstances men. God pulled man out the dust of the ground, with strong backs, strong wrists, voice of power and no fear. Sin has altered the mind and the heart of men, but God's creation has never been altered.

I believe that men give up when it's the worse because they never seen a man stay in the fight. They never seen a man go through adversity and stay. They never had a man in their lives long enough to witness this phenomenon of staying when it gets bad. Boys should have had the opportunity to watch their father face adversity, face the worse and watch him handle his business. That boy should have been sitting on a fence with his popcorn in his hand watching Daddy handle the worse. Unfortunately, there was no fence, no popcorn and no man to watch.

Boys have watched men walk out, men quit, men complain and it has been the women who stepped up in place of the absent man to handle the worse. Momma, Grandma, Big Mamma, Auntie had to step up in the place of where a man should've been. When the worse came they handled their business. However, if a boy didn't learned how to handle the worse from his Daddy, he is more likely to do what his Daddy did. Walked away from the worse. A boy needs a man to coach him, to teach him, to admonish him, to encourage him when the worse comes.

A man is defined by who he really is when the worse comes. His character and integrity will be unmasked during the worse. When the mask is off, what do you do? Despite what the worse means to you, you made a vow, til death do you part. A real man honors his vows.

The writer of the book, As A Man Thinketh, James Allen states,"Men are willing to change their circumstances, but are unwilling to change themselves, therefore, they remain bound." To me, it's one of the most profound quotes I've heard. It speaks much truth into the core of a man. Not just any man, but to all men, including myself. Take a moment to reflect on this quote and what it means to you.

As I look back, I didn't know how to change myself and I really didn't want to change. It's very simple. Most men were taught how to be a man by the age of seven years old. When a boy fell off his bike and scraped his knees on the concrete. He was told, "I better not see any tears." At the age of 12, after a boy got up the nerve to give the girl in their class a note that read, "Can you stand a chance?, circle YES or NO."When she circled "NO", he had his first experience of rejection. He never told anyone how that made him feel. When he was bullied in middle school, he was told, "Stop acting like a sissy, stop being a punk, stop, stop stop and be a man!" We were only 12 years old. How can a 12 year old BOY be a man? We did what others told us to do and we became men at 7, 12 and 15 years old.

Since we were taught not to share or show our emotions we became conditioned not to share. Pavlov's dogs heard a bell and the dogs began to salivate. They salivated just by hearing a bell. I'll reiterate that point.They salivated just by hearing a bell. When we experience rejection, lose our jobs, someone dies, we begin to salivate. The bell rings in our hearts and head telling us not to show or express our emotions. Men, when we don't express ourselves, we can become destructive. Destructive to our families, our wives, our children and our communities.

Men, we have to unlearned what we have learned. We have to deprogram our minds and connect with our hearts and say it's OK to emote. We have to give ourselves permission to say how we feel. We have to say to the adults in our past that they were wrong for telling us to "Suck It Up." The reason why we are unwilling change ourselves is because it's unsafe. Society has told us that it's unsafe. It's reinforced in our relationships with women. When a man fails, doesn't step up, makes a mistake, does something wrong, didn't do what they were suppose to do. We hear, "What's wrong with you?" "Be a man" My daddy didn't do that" "You act like a ...:"

Men become addicted to drugs, alcohol and clubs, because it is allows them to escape from the pain, both in the past and present. When a man sticks his head out of his cave, he is seeing if it's safe or not. If it is unsafe he goes back into the cave. When a man goes back into his cave he will play with the toys he has brought with him. 80% of suicides occur by men. Boys are killing boys. Men are walking away from their marriages because they can't play in the playground of adult healthy relationships. Men are detaching themselves from their children because they are bound by shame and regret and acting out what they experienced from their father.

Men, it's time to get unbound and come out the cave. I had to look in the mirror and tell myself, "I'm tired of being bound, tired of lying, cheating, perpetrating and deceiving." To get unbound, just look in the mirror and say to yourself, "I'm tired of remaining bound." Next, let God know you are ready to be free of the bondage and for him to reveal to you what is next in your life. Final, seek counsel in how to deal with the past, empty your cup and to begin a new journey in your life. Your legacy needs you to be free from the bondage. "So if the Son sets you free, you will be free indeed."-John 8:36. For counseling, advice and support contact The Men's Counseling Network.